Oscar winner, Alicia Vikander, has had a thrilling spike in her career since breaking out in 2015. First with the suspenseful Ex Machina, where she played an eerie robot. Then with her heartbreaking and dramatic role as the wife of Einar Wegener, Gerda. Her performance garnered an Academy Award, thus opening up a box of brand new opportunities. And just when some would expect for her to commit to another period drama, Vikander has aimed for another challenging role. That’s right, following in the footsteps of kick ass women before her, the actress will be filling the boots of the beloved digital action heroine,  Lara Croft: Tomb Raider.

With these first look photos of Vikander in character as Lara Croft–a fictional shero Angelina Jolie starred as for the franchise’s first two films–we also have an official plot synopsis via Warner Brothers Studios:

Lara Croft is the fiercely independent daughter of an eccentric adventurer who vanished when she was scarcely a teen.  Now a young woman of 21 without any real focus or purpose, Lara navigates the chaotic streets of trendy East London as a bike courier, barely making the rent, and takes college courses, rarely making it to class.  Determined to forge her own path, she refuses to take the reins of her father’s global empire just as staunchly as she rejects the idea that he’s truly gone.

Advised to face the facts and move forward after seven years without him, even Lara can’t understand what drives her to finally solve the puzzle of his mysterious death.Going explicitly against his final wishes, she leaves everything she knows behind in search of her dad’s last-known destination: a fabled tomb on a mythical island that might be somewhere off the coast of Japan.  But her mission will not be an easy one; just reaching the island will be extremely treacherous.  Suddenly, the stakes couldn’t be higher for Lara, who—against the odds and armed with only her sharp mind, blind faith and inherently stubborn spirit—must learn to push herself beyond her limits as she journeys into the unknown.  If she survives this perilous adventure, it could be the making of her, earning her the name tomb raider. 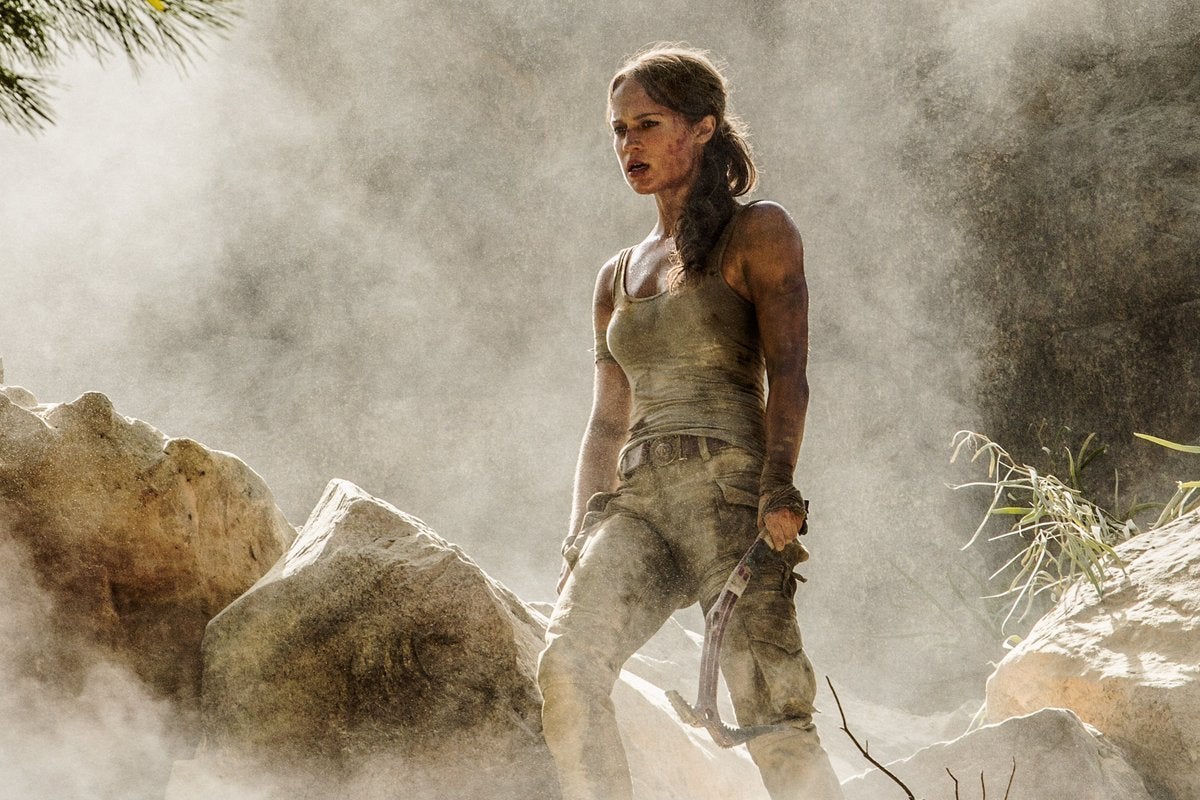 Alicia Vikander spoke exclusively to Vanity Fair about her pride in carrying the Tomb Raider torch:

“When I was asked to take on this role I got really excited—Lara Croft is a truly iconic character. I think people can identify with her for lots of different reasons, but for me I very much see her as a model for many young women. She’s trying to carve out her place in the world and connect her future with her past. She also has a fantastic mix of traits—tough, smart, vulnerable, plus she’s kick ass! She is also uniquely different to other characters I have taken on previously. It’s a lot of fun trying to get into Lara’s head and the challenge of getting to grips with such a physical role is an element of this project that I find an absolute thrill.”

“Alicia Vikander brings tremendous depth and vulnerability to this character, which is every bit as important as Lara Croft’s fierce strength, determination, and physicality. Our film takes Lara from her early origins, to the physical and emotional challenges through which she ultimately becomes the Tomb Raider. It’s a complex character, requiring a range of elements and Alicia brings all of that together brilliantly in her portrayal.”

With such enthusiasm and high regard surrounding the project, do you think Alicia Vikander will deliver what’s desired?