The Herstory of Women in Rock N’ Roll, Vol 1.

I remember the first time I heard it–ignorant yet common sentiments centered around my undying love of rock n’ roll.  There was always the introductory gasp and furrowed brow which went along with, “But you’re a girl…a black girl. ” And of course, there’s no forgetting the most aggravating quip of all time, “You’re an Oreo. Like, white on the inside and black on the outside.” That one usually ended with a laugh, an awkward one that bounced through the air alone, because contrary to what they anticipated, I did not think they were funny. From the hood, to the ‘burbs, it didn’t matter what culture, class, age or gender the peanut gallery hailed from, the comment would surface–if not immediately then eventually. I built up a thick skin as a result, an invisible and invincible armor I dressed myself with daily. It came in handy through out high school, and a little bit in college. But after graduating from higher learning, I found the armor wasn’t needed as much. My shoulders felt lighter without having to be on constant defense, however, I never stopped wondering why I was deemed an anomaly when what I’m classified as–a black woman–has had everything to do with rock n’ roll since its early days.

Names. There are so many profilic rock n’ roll names belonging to people of color. There’s Little Richard, Chuck Berry, Prince, Lenny Kravitz, Sly and The Family Stone, Bad Brains, Phil Lynott, the ever so legendary Jimi Hendrix and many more. And for every male rocker I name, I can identify a woman who has left her footprints in the landscape of the genre as well.

From Sister Rosetta Tharpe to Brittany Howard of Alabama Shakes, a myriad of women have played and worked hard to break the glass ceiling of rock n’ roll; and we’re down to celebrate their Herstory–not only during Women’s History Month, but everyday.

If you’re looking for the absolute start of rock n’ roll, the answer varies from person to person. We’re often told the story of R&B intersecting with country music to create a union responsible for birthing rock n’ roll in the ’50s. Much of that is of social significance, however, rock n’ roll can be recognized in black music prior to Elvis’ debut. Louis Jordan’s “Saturday Night Fish Fry” is evidence of this. But he wasn’t alone in his pioneering. Two women, Big Mama Thornton and Sister Rosetta Tharpe, graced the world with the early virtuoso tools to make rock what it is today.

Equipped with a Les Paul, Sister Rosetta Tharpe was a giant force to be reckoned with. She played and performed with such uplifting divinity, it permeated into the audience. So why is her legend so often looked over in rock n’ roll’s origin? The answer isn’t confirmed, but rock historians chalk it up to her gender and religion–as Sister Rosetta sang and composed songs of faith and gospel. Her innovation, thankfully, was not in vain. Male artists, like Chuck Berry, have carried her influence with them, citing her as the Mother of their rock n’ roll ways.

“Chuck Berry borrowed her guitar stylings and Little Richard said she was responsible for his career. Elvis Presley counted her as an influence and even Jimi Hendrix once said he just wanted to play like Rosetta. Jerry Lee Lewis, Bob Dylan, and Johnny Cash have all cited her as influences—which makes it even more frustrating that she fell out of fashion,” said George Brant, the playwright mastermind behind Marie and Rosetta.

“A lot of people say that her ‘Strange Things Happen Every Day’ was the first rock-and-roll song,” he continued. “A decade or two before Ray Charles, she was making gospel into popular music. She deserves more credit.”

Willie Mae “Big Mama” Thornton is perhaps more known than Sister Rosetta Tharpe, and in some cases, for tragic reasons. She became one of the first victims of biting and borrowing after Elvis covered her gritty and soulful single, “Hound Dog.” Although her original version of the song flew to #1 on the R&B charts in 1953, Elvis’ rendition surpassed it in popularity, giving royalties only to songwriters Jerry Lieber and Mike Stoller. Thornton never went on to achieve the fame she deserved, and after years of fighting for her place in music, she passed away in 1984 from heart and liver failure due to alcohol abuse. The echo of her influence can be heard in core classic rock singers like Robert Plant of Led Zeppelin and Janis Joplin–who covered Thornton’s “Ball and Chain,” a song which cemented her status. 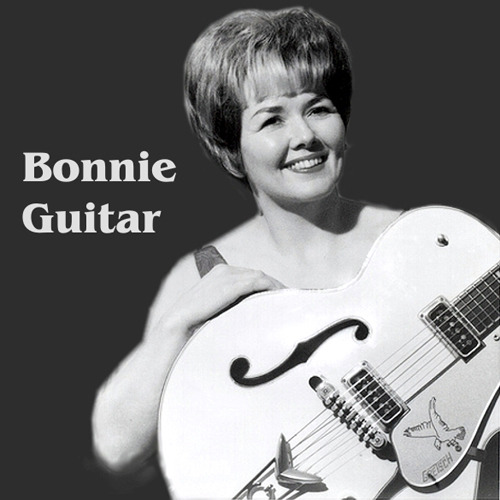 During the ’50s, a time when the music industry possessed few female musicians, Bonnie Guitar made out pretty well for herself. At the young age of thirteen, she began performing at area clubs and writing her own son for her band, K-6 Wranglers. She continued to pave her path by working as a session guitarist, teaching herself the essentials of record production. All of her studying paid off in 1957 when her single, “Dark Moon” became a crossover success. It charted to #6 on the pop charts and made the Top 20 of country charts.

Goldie and The Gingerbreads

Girl groups dominated the late ’50s, however,  Goldie & the Gingerbreads were the first to achieve a contract with a major record label.

The band came together once  Genya “Goldie” Zelkowitz met drummer Ginger Panabianco  in 1962. Genya was amazed to by her drumming friend. She’d never known another female drummer and thought the merging of their skills would do great as an all-female rock band. Shortly afterward, Carol O’Grady joined the group as their first keyboard player along with guitarist, Carol MacDonald. Their first single, “Skinny Vinnie,” was released in 1964.

The band toured with the Rolling Stones and enjoyed other aspects of their growing success. But when Herman’s Hermits released, “Can’t You Hear My Heartbeat”–a single they’d recorded in U.K.–before the The Gingerbread’s scheduled release, their planned U.S. takeover was stolen. The pressure of moving forward was all too much, especially without financial royalties for their work, causing the band to break up.

“I’m very loud, so I was born for rock ‘n’ roll. I have a range of about four notes, and they’re all real loud.”-Grace Slick

Gifted with a voice that’ll push any average listener down the rabbit hole and into a trance of wonderment, Grace Slick hit the ’60s as the front woman of the psychedelic rock band, Jefferson Airplane. Her place in rock music regards her as one of the first mainstream female singers to front a male dominated band. Defining Grace, isn’t easy. Her dynamics can switch and surprise you without warning. One moment, in her performance history stands out, when Grace removed her shirt and performed topless due to the heat. It’s this same attitude and uninhibited expression that produced gold with her musical creativity and iconic singles, “White Rabbit” and “Somebody to Love.”

“When I sing, I feel like when you’re first in love. It’s more than sex. It’s that point two people can get to they call love, when you really touch someone for the first time, but it’s gigantic, multiplied by the whole audience. I feel chills.” -Janis Joplin

When hearing the word Beatnik, nobody else comes to mind. Janis Joplin, a child of peace and lover of the most organic thrills of humanity: connection, kindness, music and laughter, was the epitome of the ’60s free-spirited movement. She seemed to inhabit a realm outside of ours, because the way she carried herself and thought so intensely–at all times–wasn’t something widely seen during her time. She placed herself under her music, instead of on it, and exuded such a visceral tie to it. Her demolishing of archaic gender expectations–thanks to her unconventional image and performances–has inspired a roster of talent, including Melissa Ethridge, Pink and Kim Gordon. Further proving, the goal in life is not to live forever, but to create so purely, your art does.

“She was ahead of her time as a woman in a man’s world,” Berg says. “It’s still a battle to do what you want to do, have a family, make people happy and not be judged. She was constantly worried about messing up. I saw this vulnerable young woman who was just trying to find herself. Women in the entertainment business are taking charge of their lives. But we’re still fighting for a lot of the same things.”-Amy Berg, filmmaker, Janis: Little Girl Blue 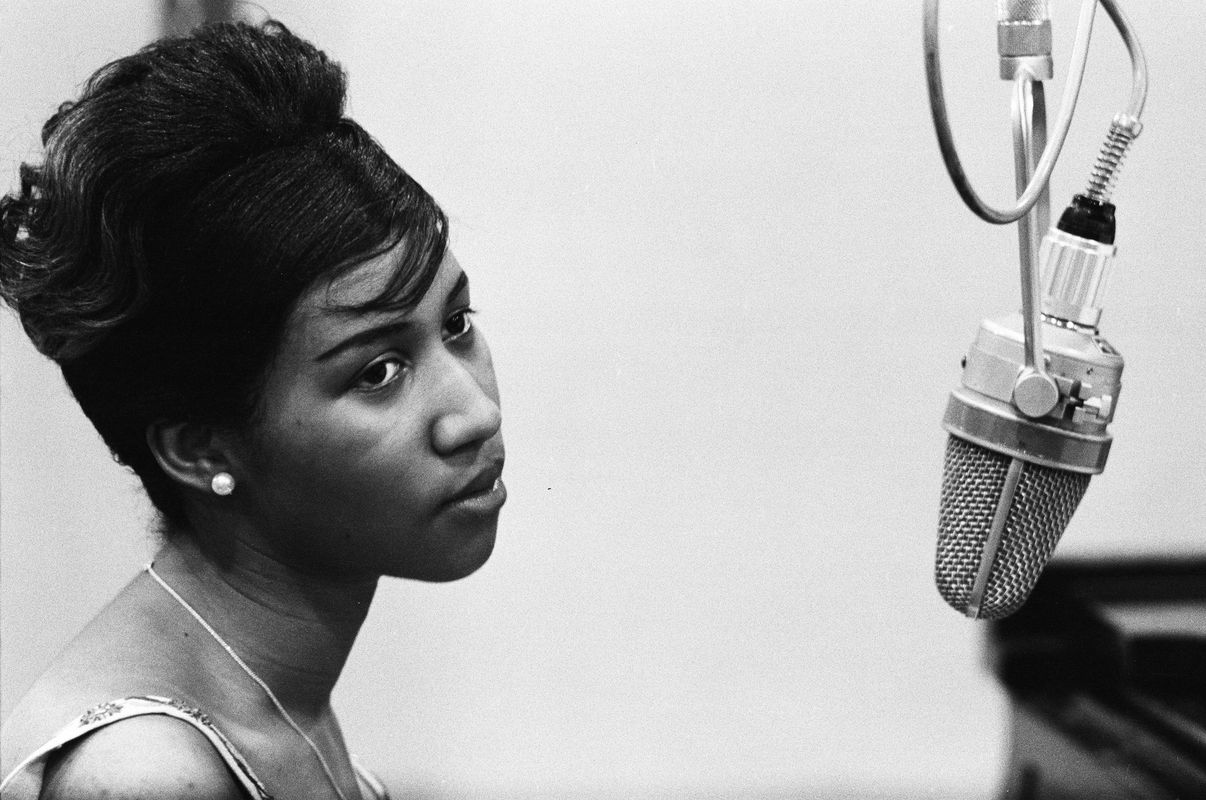 Although Aretha Franklin is not commonly regarded as a traditional rock n’ roll singer, it’s hard to deny her contribution to the genre. Truth is, soul and rock n’ roll music were one and the same during the ’60s–no matter what any classic rock radio station may say.  That’s right, the Queen of R & B and soul, is also a reigning rock vocalist. Her ’60s discography is proof of this, including her cover of  The Band’s “The Weight.”

“I don’t think there’s anybody I have known who possesses an instrument like hers and who has such a thorough background in gospel, the blues and the essential black-music idiom,” noted Ahmet Ertegun. “She is blessed with an extraordinary combination of remarkable urban sophistication and deep blues feeling… The result is maybe the greatest singer of our time.” “Physical strength in a woman–that’s what I am. ” -Tina Turner

She’s a tour de force on stage, a showman, the most exhilarating. A graceful yet rowdy goddess who’s survived a life of adversity and created a long spanning career in a fleeting industry. She’s Jackie Kennedy Onassis meets Imperator Furiosa. There’s no one like Tina Turner.

I remember the first time I saw her perform on television. It was an old clip of her singing “Proud Mary” and I just about fell in love where I stood. Her legs were long and muscular, but she moved with them in a dichotomous way–much like her lyrics described, nice and easy, then rough. When she finished on that stage, she took it with her, and I didn’t care to watch anything else on television afterwards.

Like many of the women listed above, her credits in rock music are often glazed over, but this shouldn’t be the case. Aside from her most popular scores, Tina delivered one of the most magnificent and commanding vocal performances rock n’ roll has ever seen with “River Deep Mountain High.”

It was a solo song, one that Ike Turner–her ex husband and former band mate–had no part of. In fact, he received pay just to stay away from producer Phil Spector. The song blew up in Europe but failed to have the same success in the states. Since then, it has acquired the recognition it deserved upon its debut and stands out as the maverick of a record it is.

She’s inspired many after her, including Mick Jagger and most obviously, Beyonce–whom she’s performed with and received numerous tributes from.