“You know, as an actor—there’s a movie star and then there’s an actor, right? I consider myself an actor not a movie star. It’s not about me; it’s more about the character.” -Michael Pitt, Elle Magazine

When I first saw Michael Pitt in action, I was spooked. He didn’t seem himself–as he shouldn’t have–but he was entirely too lost in the role he played in Funny Games. I became haunted with the idea of finding the border of the actor and the character, and with each role since–from Hedwig and the Angry Inch to Boardwalk Empire–I’ve continued to do the same. He often plays the unconventional and immoral–roles you’d think would’ve tipped him in the deep end indefinitely. But he handles his trade well as a man of his talent. With him, that’s all it’s about, even though he was blessed with exceptional looks–bright eyes and an intriguing plush pout. Our magnetic pull to Michael Pitt goes beyond the superficial. We don’t want to know his favorite color, or what trendy places he frequents. We simply admire the method of his madness.

The following roles are ones he managed to grip us with. At times holding different pieces of us–hearts, head, throat and stomach. Sometimes through the emotions of fear, sadness, curiosity, grief, doubt and terror. There’s nothing more enchanting than someone invested within their gift, and for this reason alone, Michael Pitt is the cream of our school girl crush crop. 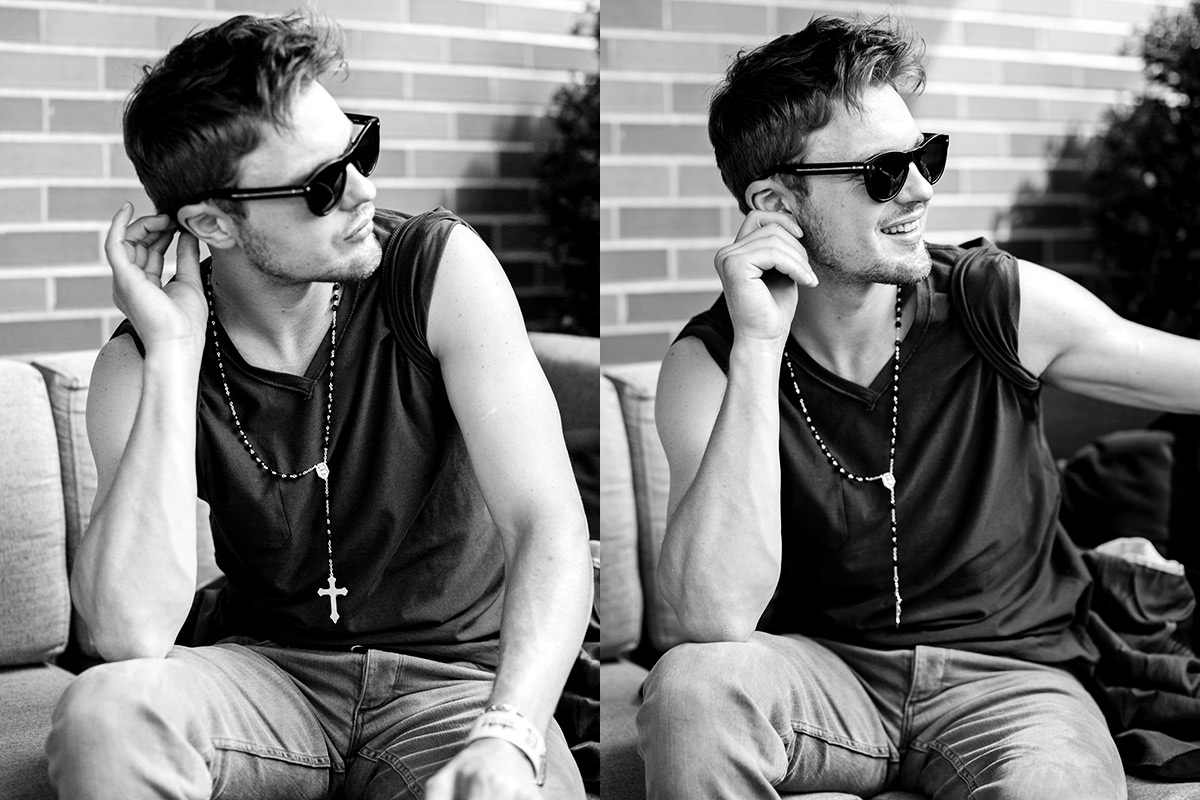 “To be honest, I make very controversial films. The films that I’ve made have been very, very bold choices. As the years go by, I think my work is going to come more and more in context. The truth is that you can’t take what people say too seriously. If I cared what people think about my career, I would have not done—just look at my work. Don’t look at me, look at what I’ve done. Every movie that I’ve picked, from my first film on, has been considered by everyone to be “career suicide.” And I have an amazing life. I have an amazing career. I work with artists. But I’m not making Spider-Man.”-Michael Pitt, Elle Magazine

When Ann, husband George and son Georgie arrive at their holiday home they are visited by a pair of polite and seemingly pleasant young men. Armed with deceptively sweet smiles and some golf clubs, they proceed to terrorize and torture the tight-knit clan, giving them until the next day to survive.

Matthew in The Dreamers

In May 1968, the student riots in Paris only exacerbate the isolation felt by three youths: an American exchange student named Matthew (Michael Pitt) and twins Théo (Louis Garrel) and Isabelle (Eva Green). Having bonded over their mutual love of cinema, Matthew is fascinated by the sense of intimacy shared by Isabelle and Theo, who were born conjoined. When the twins’ bohemian parents go away for a month, they ask Matthew to stay at their place, and the three lose themselves in fantasy.

Boardwalk Empire is a period drama focusing on Enoch “Nucky” Thompson (based on the historical Enoch L. Johnson), a political figure who rose to prominence and controlled Atlantic City, New Jersey, during the Prohibition period of the 1920s and 1930s. Michael Pitt played the role of Jimmy Darmody, Nucky’s protege.

Justin in Murder By Numbers

The body of a young woman is found in a ditch in the woods of the small California coastal town of San Benito. A tenacious homicide detective (Sandra Bullock) and her new partner (Ben Chaplin) uncover a trail of shrewdly concealed evidence that links two brilliant young men (Ryan Gosling), (Michael Pitt) to a murder.

In this film inspired by deceased Nirvana front man Kurt Cobain, brilliant-but-tortured musician Blake (Michael Pitt) becomes overwhelmed by the demands made on him by his fame and so retreats to a large mansion in the woods. Blake longs to be free of his friends’ constant demands for money, their attempts to cash in on his success, and from the taxing expectations of the music business. As his depression worsens, Blake unwisely seeks an answer to his dilemma in solitude.