Dallas’ 7-year-old Giana has been taking over the cities of America in a very major way. Giana–who loves KAWS-– is no average kid filling in her coloring book, she is a young lady making legendary moves and can be found hosting her own pop art shows in an area near you.

During her time as an infant, she was encouraged by her highly supportive parents to try out different hobbies and passions of sorts. At the age of 3, Giana found her niche for drawing as well as a passion for skimming through her mom’s fashion magazines–from Vogue to Baazar— and has been a force to be reckoned with ever since. With her excellent vision and appreciation for high fashion, Giana has been responsible for recreating Kate Moss‘ iconic Supreme photo, A$AP Rocky shot in last year’s Dior’s campaign for Fashion Week, Fendi, Chanel, and Celine bags, and much more. Even though she’s not so sure about if she wants to take on being an artist as a career yet, she has been capturing the eyes of many–including the kids apparel line, Meme–and has also hosted a solo exhibit in L.A. Despite her age, she is already ahead of her time in so many ways, and is flourishing as we speak. All of her prints, new and old, are available for purchase and viewing on her site. You can click here to check them out.

But first, peep some of her iconic pieces below (courtesy of Hypebae): 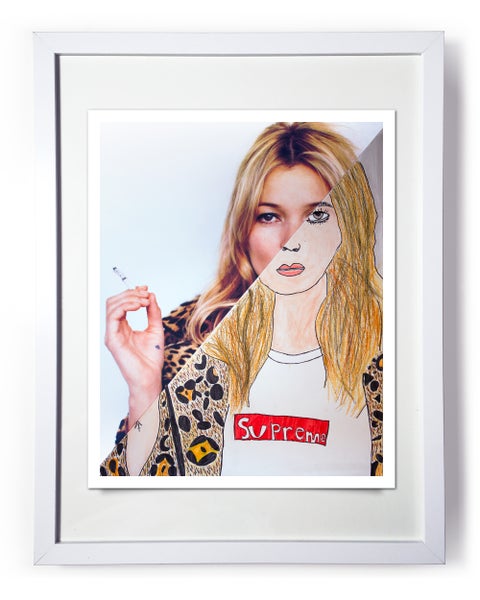