What ‘The Wood’ Taught Us About Generational Friendship

Aren’t coming of age films the best? In the films we’ve watched growing up, a majority of us have learned about sex, love, violence, friendship, and essentially everything else. As curious kids, they provided the answers to our many questions, the reasoning behind our actions, and the advice we could never ask for. When our friends were pressuring us after school to lock lips with our crush, we turned to these films to learn how to have our first kiss. As adults, we watch them with nostalgia for those days– either laughing at how clueless we were or cringing at the dreadful reminder of epic failure and embarrassment. But the beautiful thing about coming of age films are they always teach us a lesson. 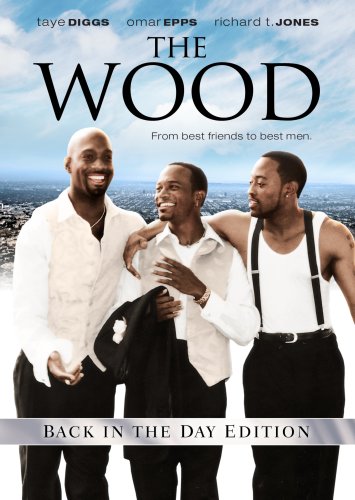 The Wood is among one of the most loved 90’s classics. It holds a place next to movies like Love & Basketball, Love Jones, Best Man, and Baby Boy. These feel-good films were all about friendship and love. Starring in The Wood is Omar Epps as Mike, Taye Diggs as Roland, and Richard T. Jones as Slim. We see the coming of age journey that these three best friends embark on after meeting in middle school. Fast forwarding to them as adults, Roland gets cold feet on his wedding day and his two best friends struggle to get him back in time for the ceremony. It’s his fear of losing the friendship and love that he shares with his boys that makes him have second thoughts about getting married. The thing that made the story of these three best friends from Inglewood, California so good, is that their friendship withstood the test of time.

It was Mike’s first day of school as the new kid in The Wood and knuckle headed Slim and Roland managed to get him in trouble by getting frisky with one of the cutest girl in school, Alicia. By the end of the school day, Mike had gotten his first LA beat down for being a little too friendly.

Looking back, it sounds insanely inappropriate for someone to do that, but for some reason it was normal. It was like the 7th grade version of saying, “I like you. Please, don’t slap me for doing this.” You can tell by the look on Mike’s face that he had just been talked into some mess, but he couldn’t back down. That’s what we call bonding! Mike got his first round of butt kicking by Alicia and his second round by her gang banging brother, Stacy. Everything after this day was history. The trio survived middle school and high school together, falling in love for the first time, losing their virginity, and trying to look cool while doing it. Who knows how these three inexperienced boys managed to give each other relationship advice? It wasn’t like one knew any more about girls than the other, but somehow they were able to have it down to a science. Actually, the only thing they seemed to get right was the importance of a good breath mint.

“Tic Tac, white or green, but never orange to be exact.”

These three boys had been through everything together. They developed a friendship that lasted their entire lives. The only thing that kept these three from being brothers was blood. The bond they shared as kids they carried into their adult lives. While Roland was weary and apprehensive about getting married, it was the memories of all they had been through growing up that reassured him he had nothing to worry about. The trio wasn’t going anywhere. They were able to help each other out in their most toughest situations back in the day, and they were able to now. Mike was still the one with the right thing to say at the right time and Slim was still the one with the cruel jokes that you just had to appreciate. Their disputes were typically over who had gotten the most telephone numbers or who had enough game to get them in someone’s pants. It was ironic that their current dilemma was whether or not Roland loved Lisa enough to go through with the wedding.

“From best friends, to best men.”

The things we face in life are just as important as the people we face them with. Friends are just as important to adolescents as they are to adults. As human beings we are constantly growing, evolving, and figuring things out the same way these guys were. The people that we do this with are significant. Loneliness and isolation are romanticized in today’s society while fellowship and sociability aren’t. The Wood not only presented a generational friendship that we all could learn from, but it depicted a rarely shown brotherhood and bromance between black men that had not been tarnished by hyper masculinity. The stereotype that only a gang could tie minority males together was broken. Roland was the one who eventually got married that afternoon, but after all the drama it was like the three of them had renewed their middle school vows.