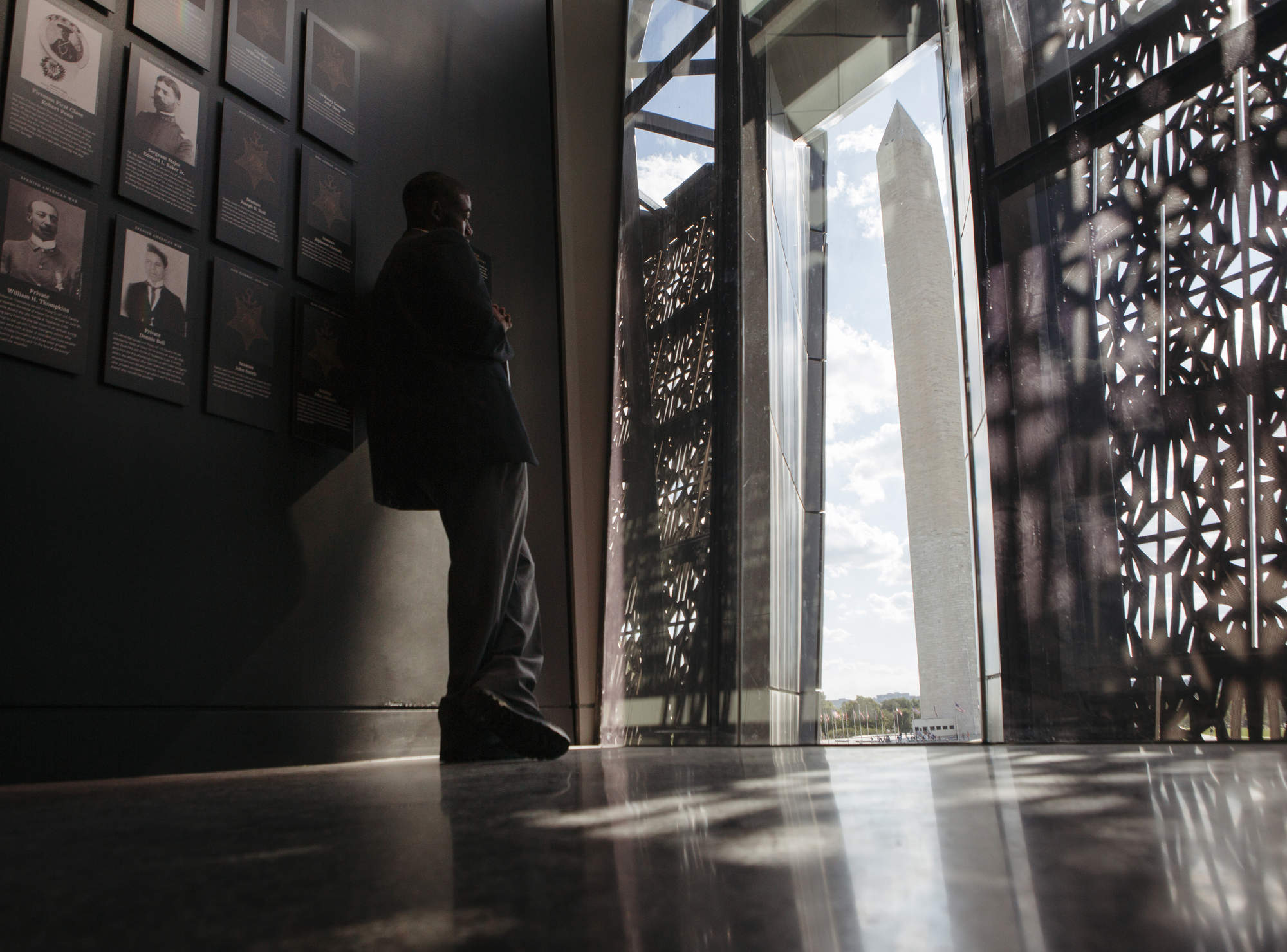 On September 24th, 2016, after decades of planning and development, the Smithsonian African-American Museum of History and Culture saw its grand opening in Washington, DC.

In what was a star-studded event, the museum welcomed the attendance of public figures like Rashida and Quincy Jones, Oprah Winfrey, Lupita Nyongo, George Bush, Will Smith, Robert Deniro, Angela Bassett, Stevie Wonder, Patti LaBelle and the commander in chief, President Barack Obama.

“By knowing this other story we better understand ourselves and each other. It binds us together. It reaffirms that all of us are America, that African-American history is not somehow separate from our larger American story,” he said. “It is central to the American story.” Former President George Bush signed a bill in 2003 to clear its creation. Construction began in 2012. The museum required roughly 540 million dollars of which the U.S. government provided 240 million. The remainder came from charitable donations and efforts. Denzel Washington and Shonda Rhimes are just a couple of the names involved in the museum’s fundraising.

Perched next to the Washington Monument, the museum sits on what was the last available lot on the National Mall. Per The Smithsonian, it is the only museum exclusively centered on the collective of African American culture and history. The outside of the three tiered structure is inspired by both African and African American cultures and resembles crowns used in Yoruban art. Its contents and exhibits aren’t limited to slavery, Jim Crow and the Civil Rights era, they also include the components of what became African American culture once African slaves touched American shores. This includes art, music, literature, fashion, cuisine, film, hair styling, language, dance and other staples.

“This is the place to understand how protest and love of country don’t merely coexist but inform each other; how men can proudly win the gold for their country but still insist on raising a black-gloved fist; how we can wear “I Can’t Breathe” T-shirt and still grieve for fallen police officers. Here’s the America where the razor-sharp uniform of the Chairman of the Joint Chiefs of Staff belongs alongside the cape of the Godfather of Soul. We have shown the world that we can float like butterflies and sting like bees; that we can rocket into space like Mae Jemison, steal home like Jackie, rock like Jimi, stir the pot like Richard Pryor; or we can be sick and tired of being sick and tired, like Fannie Lou Hamer, and still Rock Steady like Aretha Franklin.

“We are large, Walt Whitman told us, containing multitudes. We are large, containing multitudes. Full of contradictions. That’s America. That’s what makes us grow. That’s what makes us extraordinary. And as is true for America, so is true for African American experience. We’re not a burden on America, or a stain on America, or an object of pity or charity for America. We’re America.” -Barack Obama 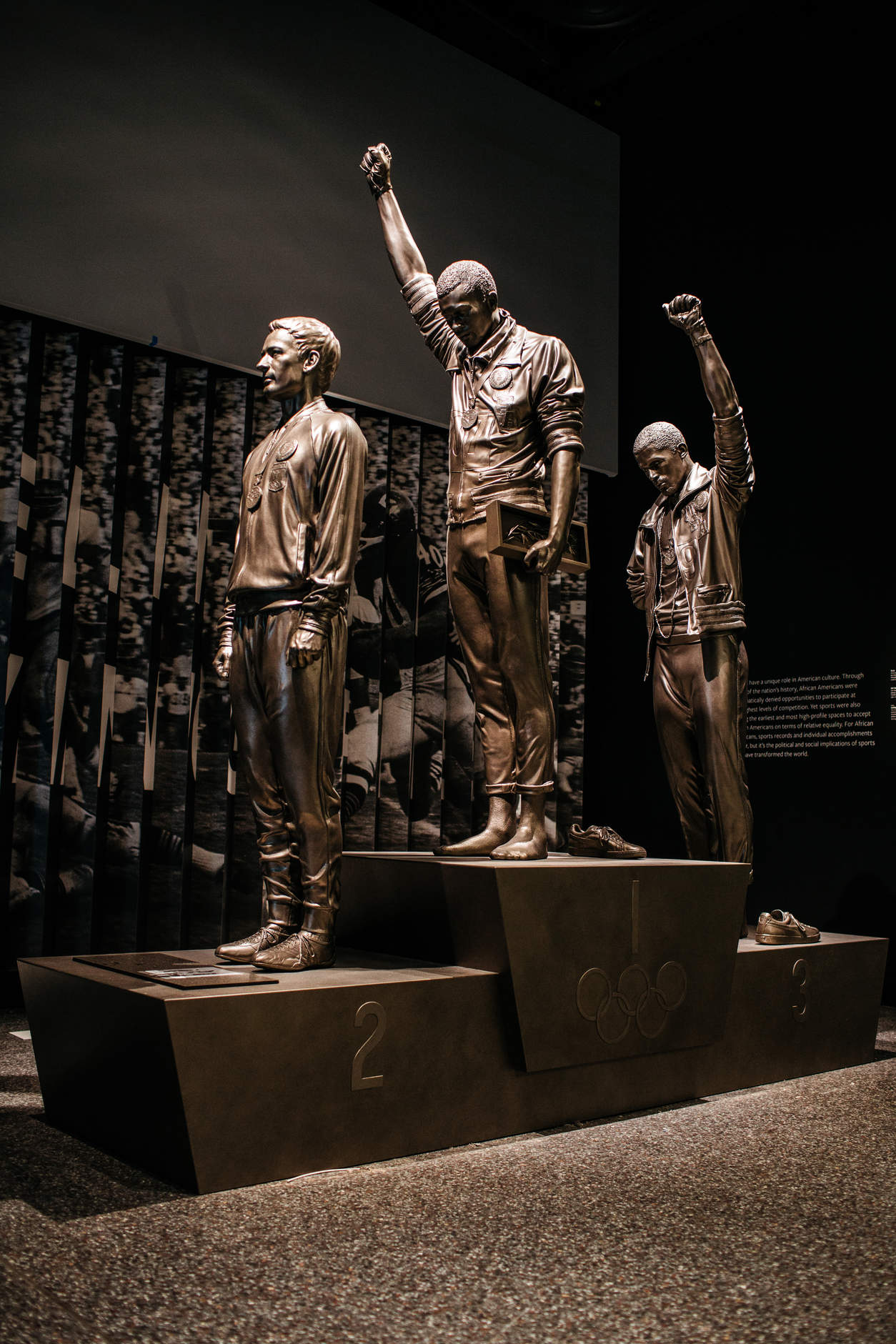 A memorial statue for Tommie Smith and John Carlos at the 1986 Olympics in Mexico City. via New York Times

Much of the reviews and criticism of the museum has been overwhelmingly positive and proud. Through this educational piece of architecture, we can continue to offer accurate information on the roots of America, as well as its strides, achievements and potential for an even better future. It is only with the acceptance and knowledge of the past that we can treat each other as we should–like true equals. Education is activism. The African-American Museum of History and Culture is another inspiring reminder, that justice and freedom are not given, but fought for.

Check out the photos below for a look at some of the artifacts on display. 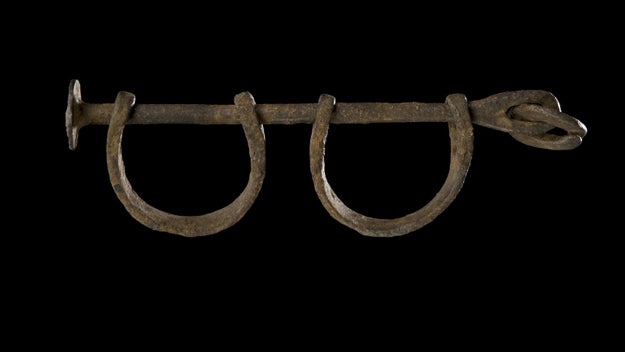 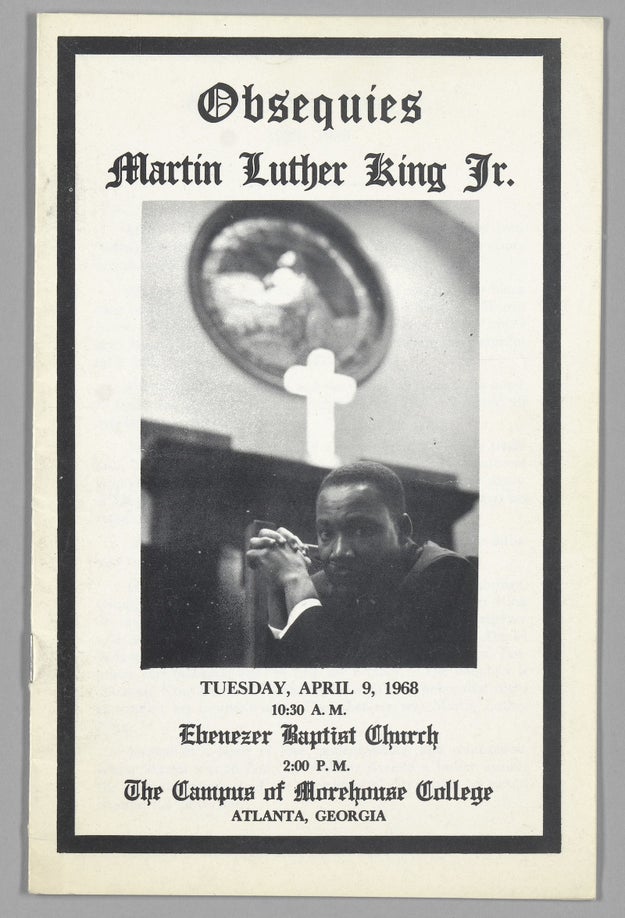 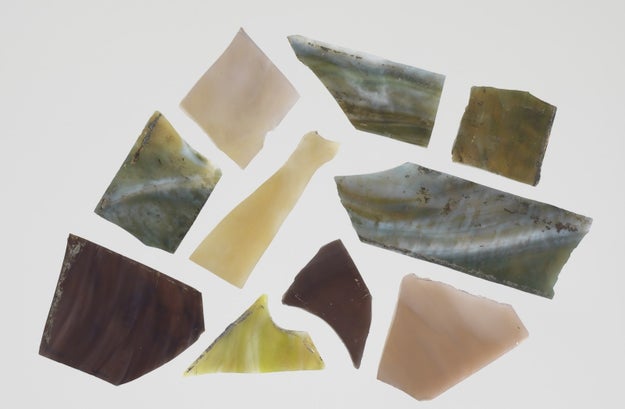 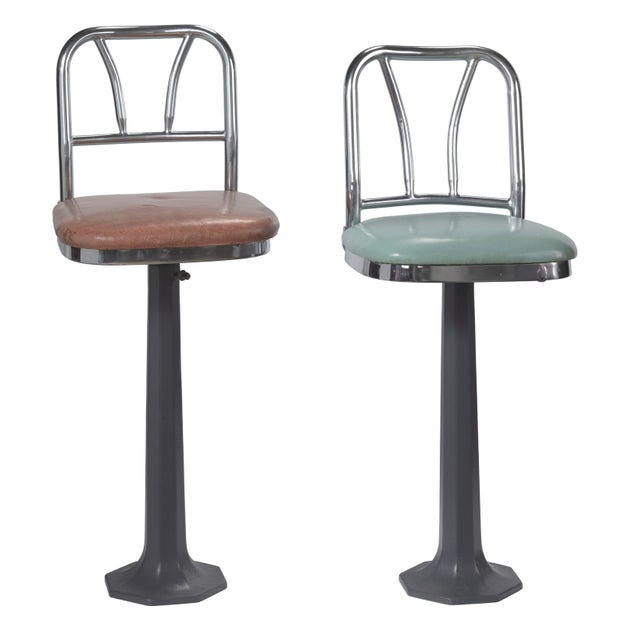 Stools used at a sit-in at a restaurant in Greensboro, North Carolina. 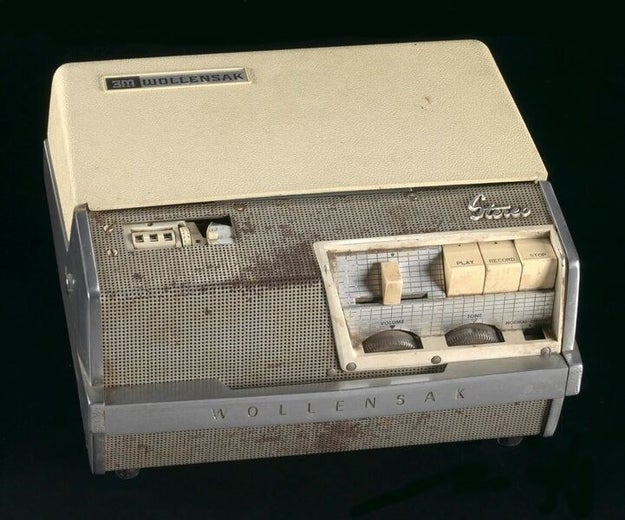 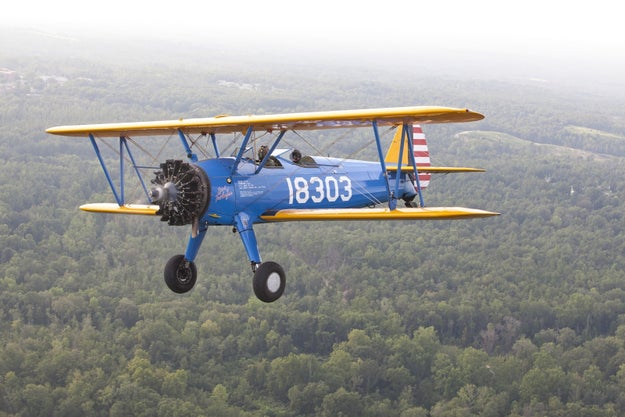 A 1944 training aircraft flown by the Tuskegee Airmen. 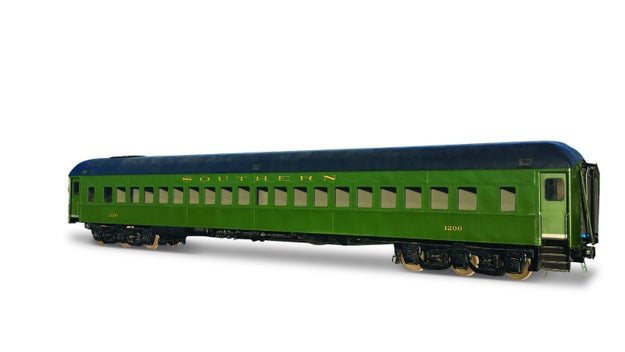 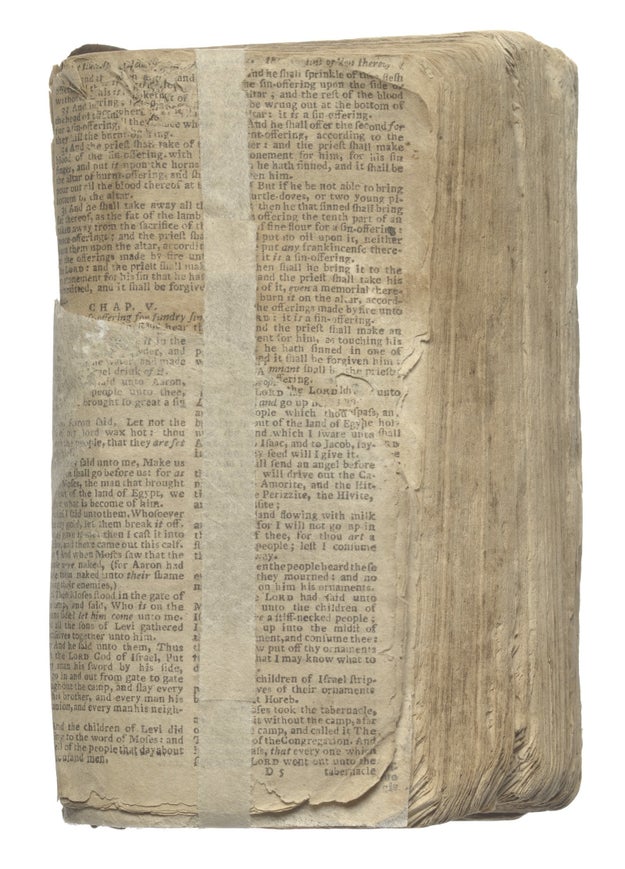 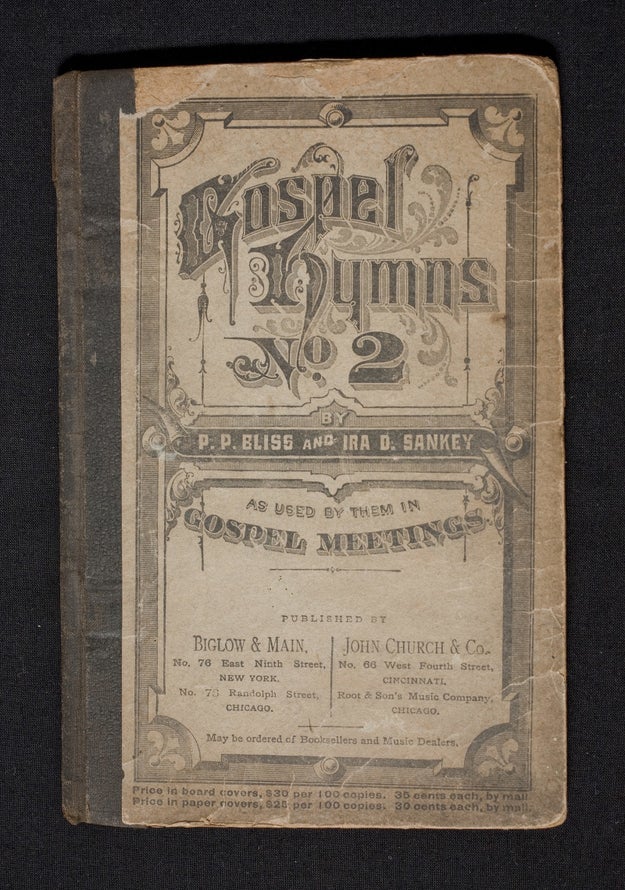 A book of hymns owned by Harriet Tubman. 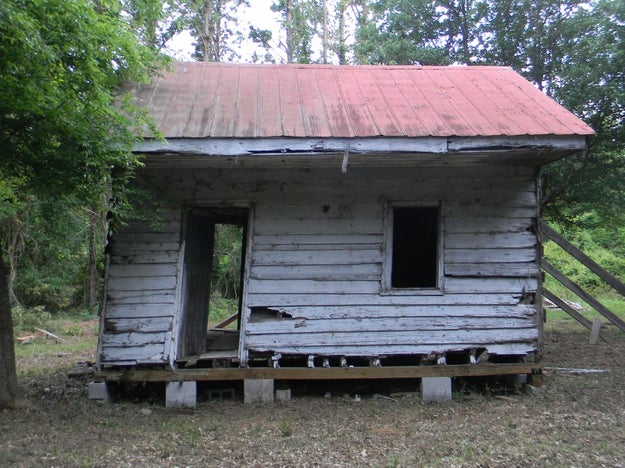 A slave cabin relocated from the Point of Pines Plantation in Charleston County, South Carolina.

The warm-up suit worn by athlete Tommie Smith while raising his hand in the Black Power salute on the medal podium at the 1968 Olympics. 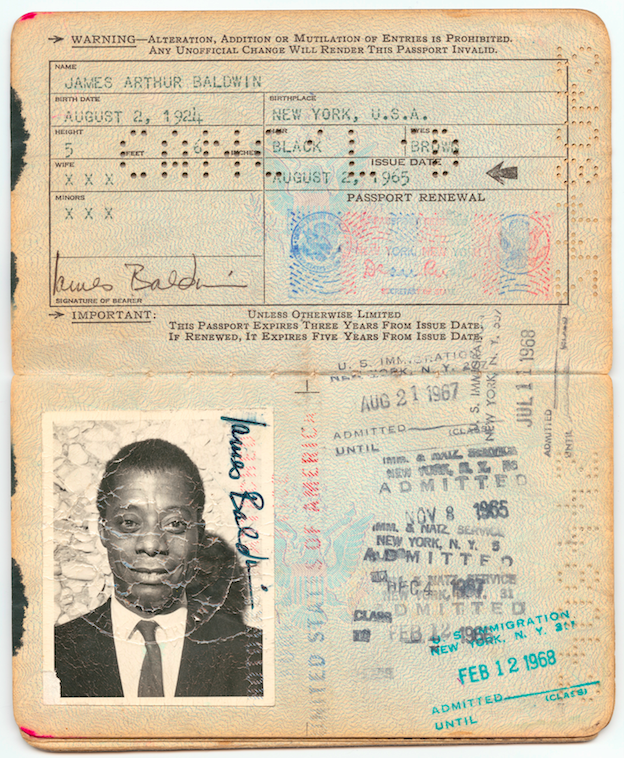 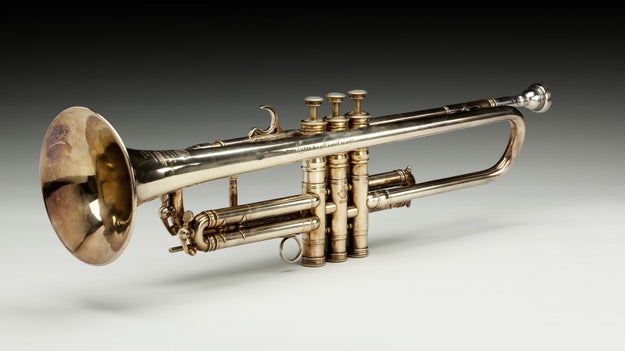 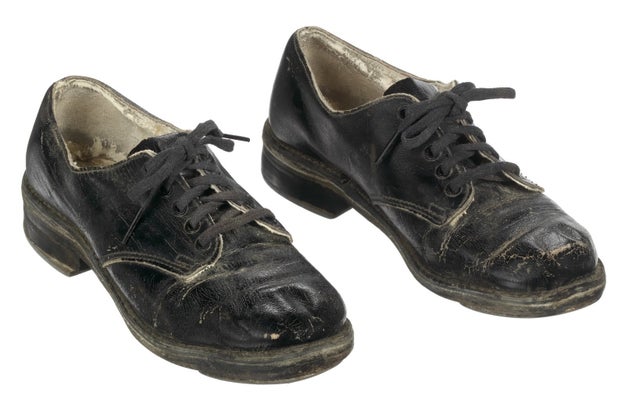 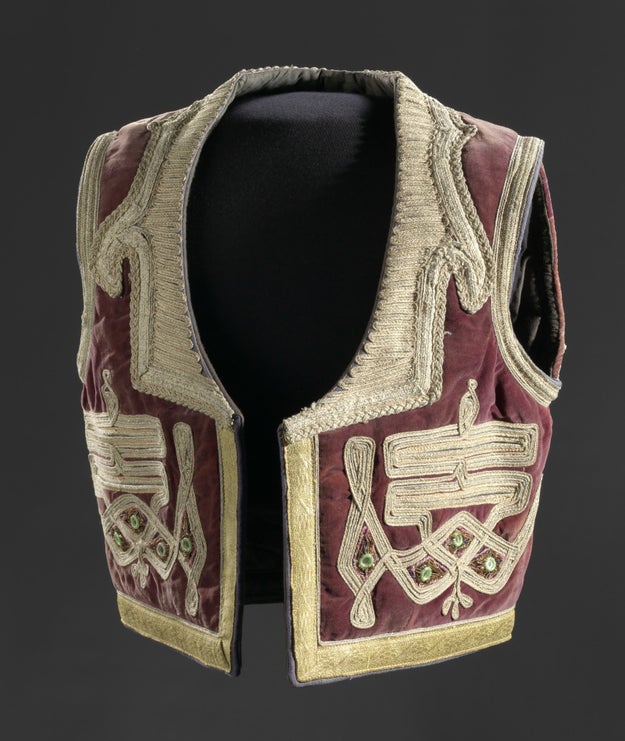 A vest worn by Jimi Hendrix. 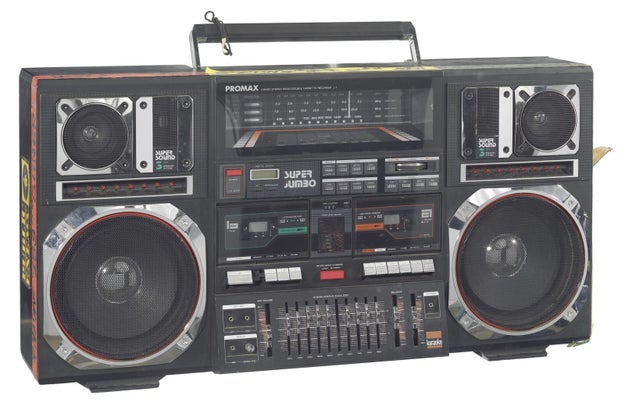 The boombox carried by Radio Raheem (Bill Nunn) in the 1989 film Do the Right Thing. 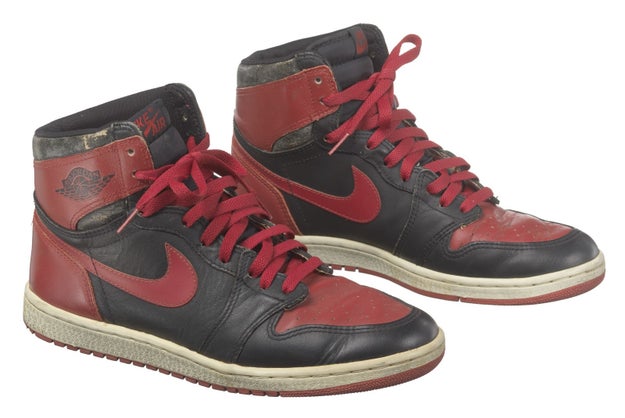 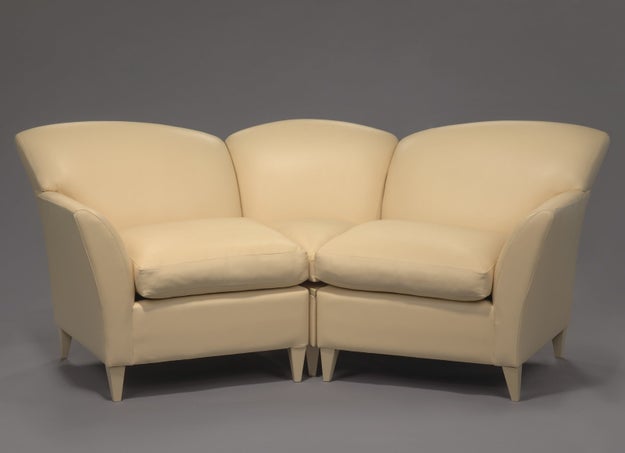 A couch from the set of The Oprah Winfrey Show. 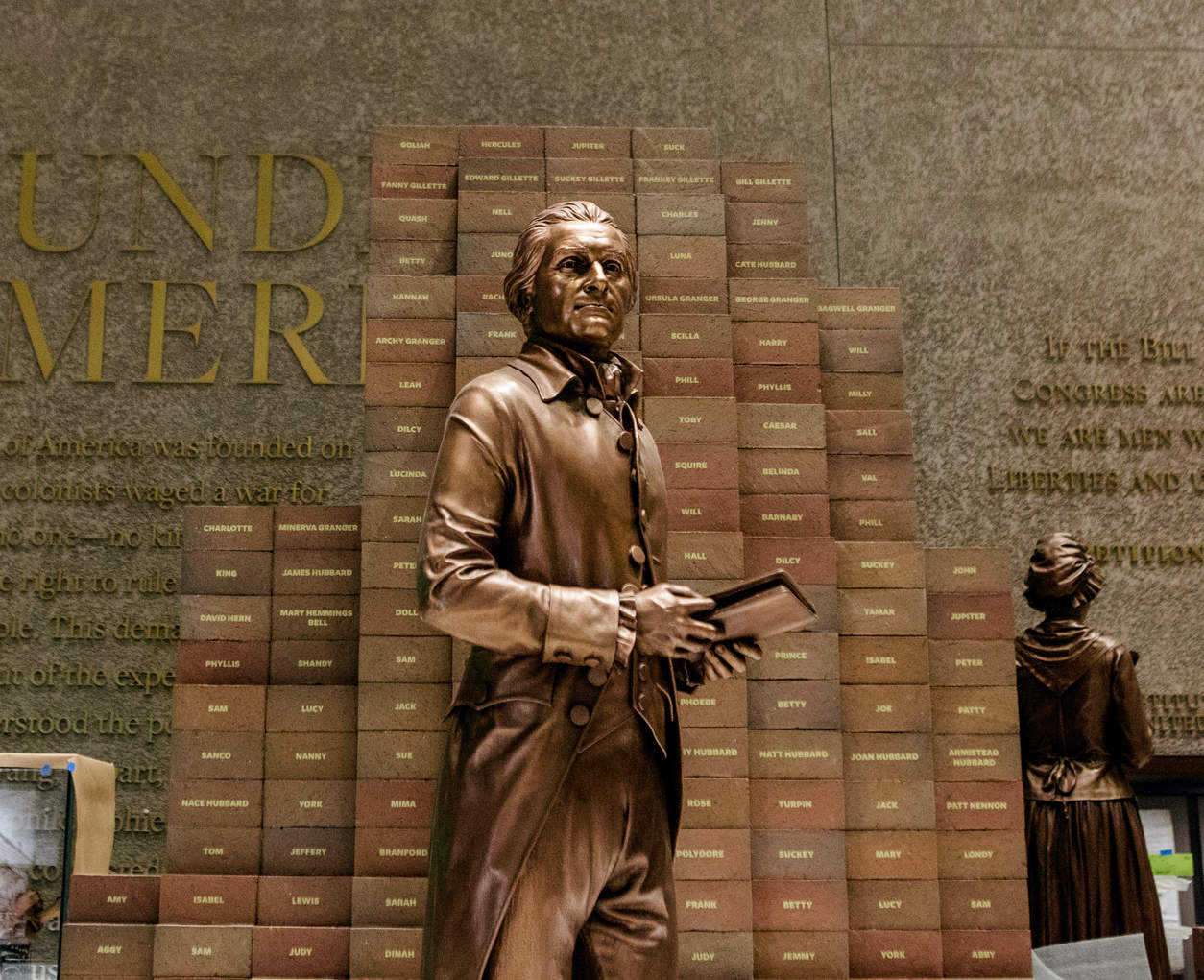 A statue of Thomas Jefferson in front of bricks engraved with the names of the people he owned. (New York Times) 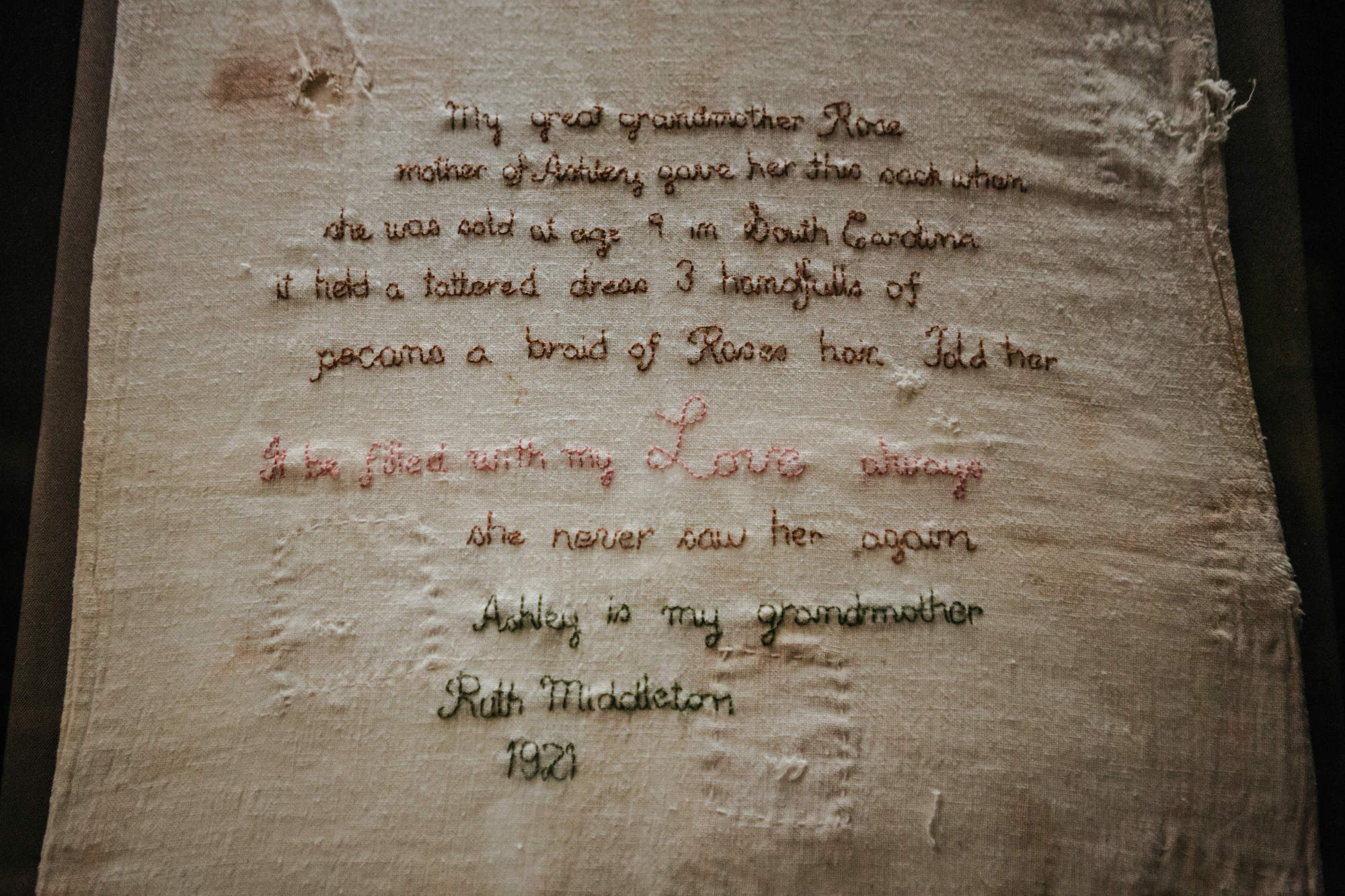 A slave named Rose gave this pillowcase to her 9 year old daughter before she was sold. It has since been passed down to the girl’s granddaughter, Ruth, who embroidered it with her family’s story. (New York Times) 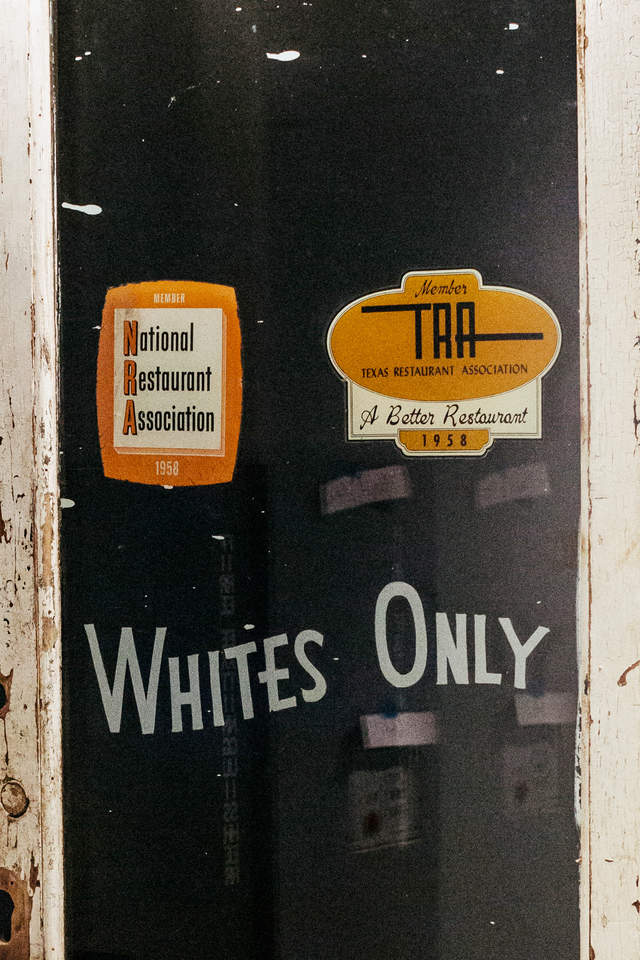 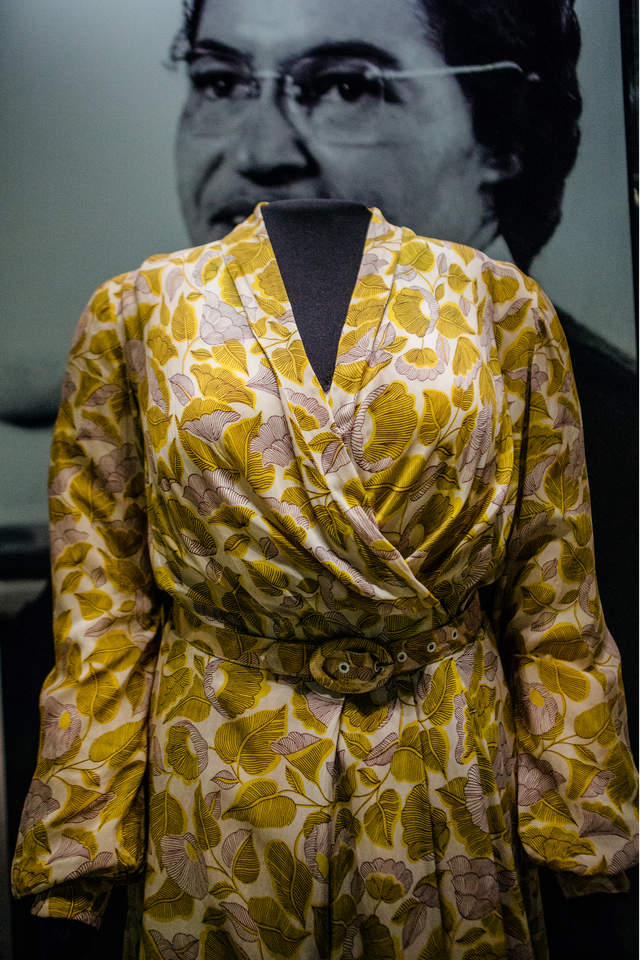 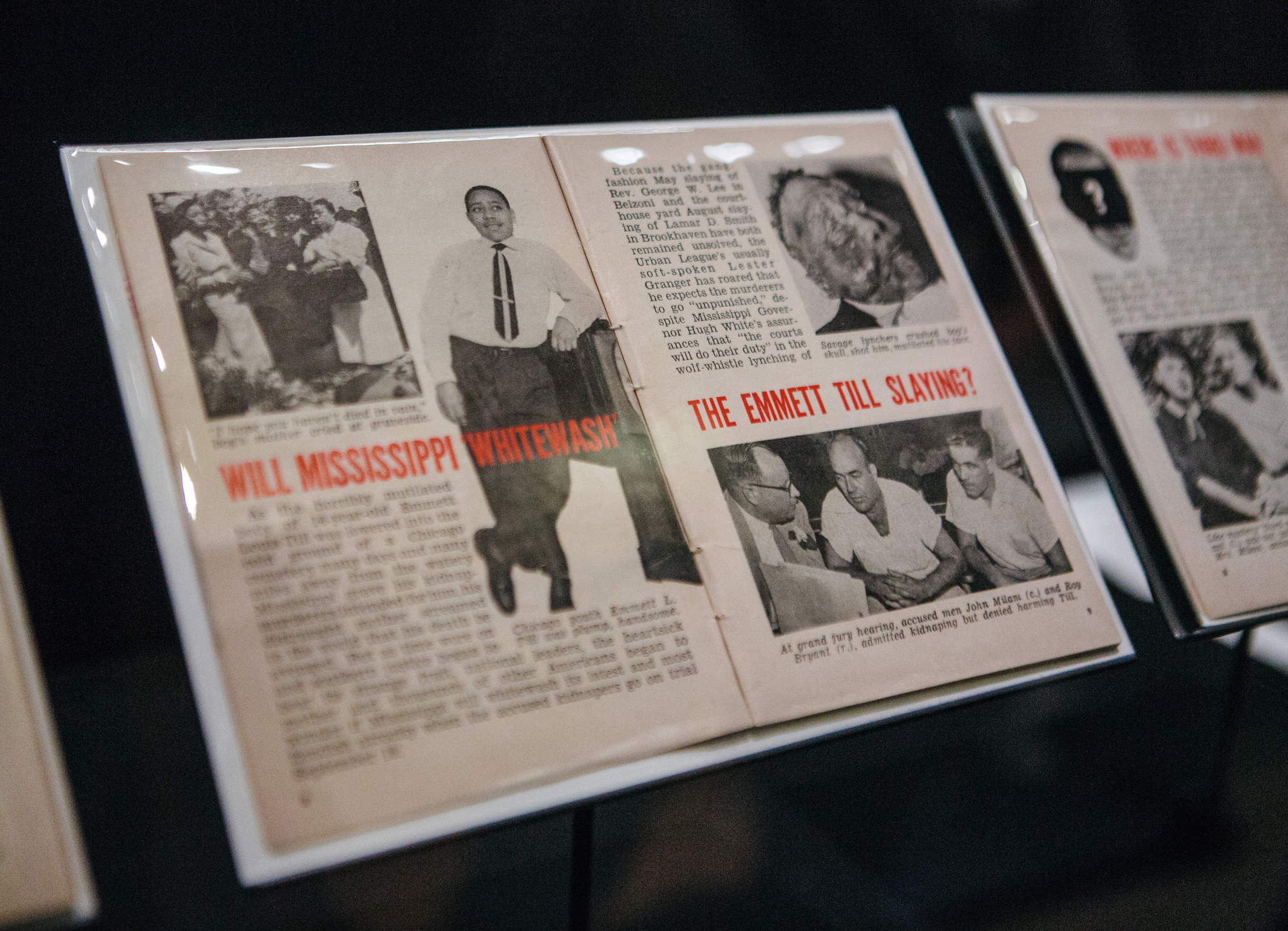 A publication outside of Emmett Till’s exhibit which features his coffin. (New York Times) 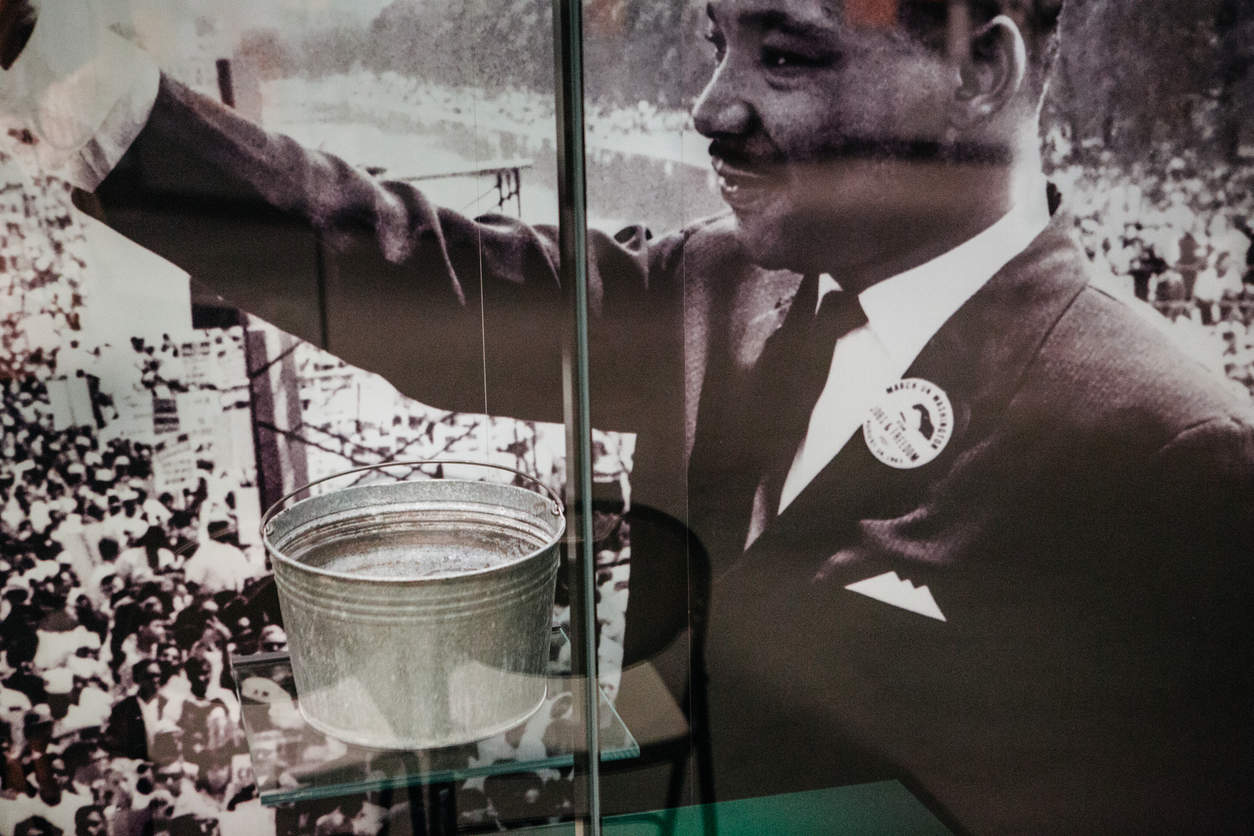 A bucket Dr. King soaked his feet in after his five day march from Selma to Montgomery, Alabama in 1965. (New York Times)

My breath was taken away after getting a first look at the inside of the building. And there were so many more eye watering features to take in. With that being said, it’s safe to say I now have a new destination to add to my travel list.

Will you be visiting the museum? Share your thoughts with us in the comments or on Twitter: @vashtiedotcom and @tatixtia.