In what is turning out to be a cast to be reckoned with, Angela Bassett is the latest actress announced to the attachment of Director Ryan Coogler’s Black Panther. She will be playing opposite of Chadwick Boseman’s title character, T’Challa, as his mother, Ramonda–Queen of Wakanda.

In Black Panther comic mythos, T’Challa’s mother dies while giving birth to him. Ramonda becomes his father’s second wife, who then is kidnapped and abused for years. It’s unknown how close to the mythos they’ll stay. However, Lupita Nyong’o–who is reportedly playing Wakandan warrior, Nakia–shared a little of the synopsis at this year’s San Diego Comic-Con:

The story is that the Black Panther’s leadership is really threatened by two foes who come together, and so Black Panther gets the help of the C.I.A. and the Dora Milaje to try and defeat the enemy. 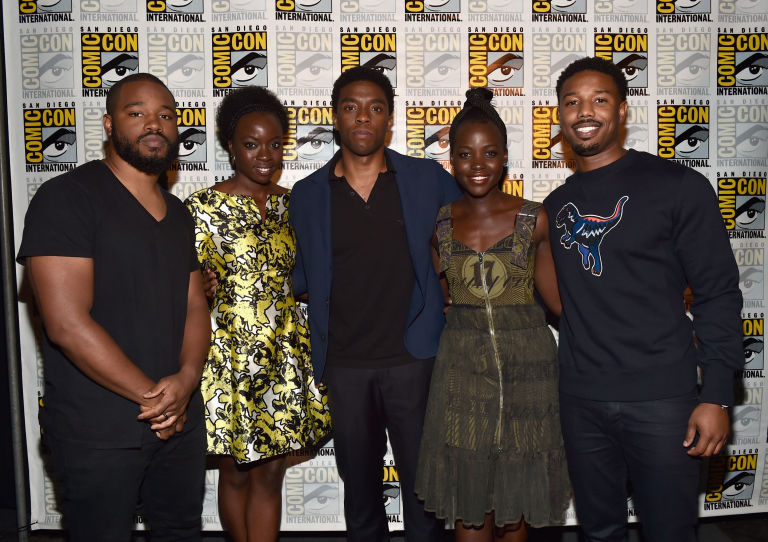 The remainder of the cast reads like a parade of A-list melanated talent. Michael B. Jordan–the Depp to Coogler’s Burton–will be playing the villainous Killmonger. Forest Whitaker is set to fill the shoes of Zuri. Andy Serkis is taking the role of Ulysses Claw. The incredible Winston Duke will become the villain M’Baka. And then we have the Daniel Kaluuya and Florence Kasumba reprising their roles as T’Challa’s personal guards–The Dora Milaje–from Captain America: Civil War.

This cast is flawless and something to be proud of. Hollywood has seen nothing like it in all its history. And in the midst of such a grim year, each development has been confirmation of the greatness that awaits us.

It’s a specific challenge. What Marvel’s doing, and what you see a lot of studios doing now that Marvel has done it so successfully, is making content that exists in a particular universe, where the characters tie in and crossover, and I think that’s a great creative challenge to me—to make this movie as personal as possible. It’s going to be my most personal movie to date, which is crazy to say, but it’s completely the case. I’m obsessed with this character and this story right now, and I think it’s going to be very unique and still fit into the overall narrative that they’re establishing.

While Ryan Coogler continues to set his ducks in a row for the revolutionary Marvel film, we’ll continue to spaz out over the roster of talent named so far. With one of the fiercest actresses ready to take on her rightful role as the Queen Mother of an African Kingdom we don’t know how we’ll continue to wait.

And listen, if we catch word that Storm–of the X-Men, who at one point was T’Challa’s wife–will have a place in the feature, we might just catch the holy ghost.

Black Panther will begin filming early in 2017–which means more sneak peeks on the way. It is set for US and UK release in February 2018.