After being our one and only live action metal-taloned hero for eight X-Men films, Hugh Jackman will bid Wolverine goodbye with his ninth reprisal as the character in the film, Logan.

The plot is based off the comic book story arc, Old Man Logan, and picks up one year after X-Men: Days of Future Past took place.

“Set in the future of 2024, Logan and Professor Charles Xavier must cope with the loss of the X-Men when a corporation lead by Nathaniel Essex is destroying the world leaving it to destruction, with Logan’s healing abilities slowly fading away and Xavier’s Alzheimer’s forcing him to forget. Logan must defeat Nathaniel Essex with the help of a young girl named Laura Kinney, a female clone of Wolverine.” -IMDb

The film is directed by James Mangold and thus far exhibits loyalty to the comic–with Logan’s healing factor deteriorating with age and his abuse of alcohol to numb the pains. He had this to say on the character’s scars:

“One of the things we all thought about as we worked on this film is, well, we don’t want to rebuild everything. We want to have some questions. In order to make a different Logan, and a different tone of a Wolverine movie, we felt like we couldn’t hold on to every tradition established in all the movies religiously, or we’d be trapped by the decisions made before us. So we questioned whether Logan’s healing factor causes him to heal without even a scar. We imagined that it may have when he was younger, but with age, he’s getting older and ailing. Perhaps his healing factor no longer produces baby-soft skin. So we imagined he heals quickly, still, but it leaves a scar. The simple idea was that his body would start to get a little more ravaged with a kind of tattooing of past battles, lacerations that remain of previous conflicts.”

Most satisfying, is the weaving of young Laura Kinney in the story line, who in the Marvel universe is known as X-23.

X-23, Wolverine’s clone, struggles through her development due to her engineered rage. She was tortured and trained as an assassin, and stripped of her claws–two in both hands, and one in each foot–then after they were bonded with adamantium, they were painfully installed back in. Later, she’s exposed to radiation to accelerate her mutant powers which then lead to the controlling of her rages with a chemical scent. Long story short, due to the trigger scent, Laura inadvertently wreaks havoc on the woman who birthed her, mutant geneticist Sarah Kinney–the only person committed to giving her a normal life. She then goes on to find the man who cursed her with these genes, Wolverine.

In the comic world, they build a tight knit relationship. Both are able to understand each other as misanthropes and raging experiments. In 2014, Marvel laid Wolverine to final rest in one particular story arc, leaving Laura “X-23” alone in the world. She’s since picked up the mantle of Wolverine.

It’ll be interesting to see where 20th Century Fox navigates to with this developmental path, especially with Hugh Jackman hanging up his claws. Will Laura Kinney be our new Wolverine in the next coming years? Time will only tell. But as a huge comic fan, her place in the role would be one hell of a ride.

Check out the full official trailer and poster for Logan below. 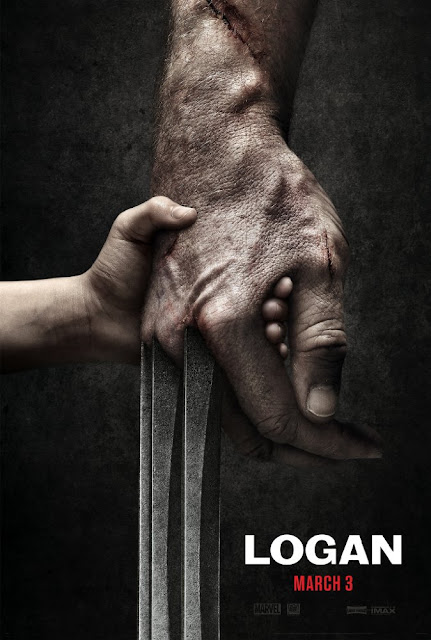