The once dormant Ocean’s franchise is relaunching. And this time, with an all female cast for Ocean’s 8. The players remain A-list with names like Cate Blanchett, Sandra Bullock, Rihanna, Anne Hathaway, Helena Bonham Carter, Awkwafina, Damian Lewis and Mindy Kaling. And now word has it that Matt Damon will join that roster to reprise his role as the Linus Caldwell–the ever so skilled pick pocket.

“I’m doing a little bit in the movie,” Damon said during a premiere event for his film, Manchester By The Sea. “I haven’t read it yet, but the cast is phenomenal and I’m excited to see what those women do with it. It’s going to be fun.”

Due to the story taking place within the same universe as the other three films, we’re banking on Damon not being the only face from Danny Ocean’s crew to show up. 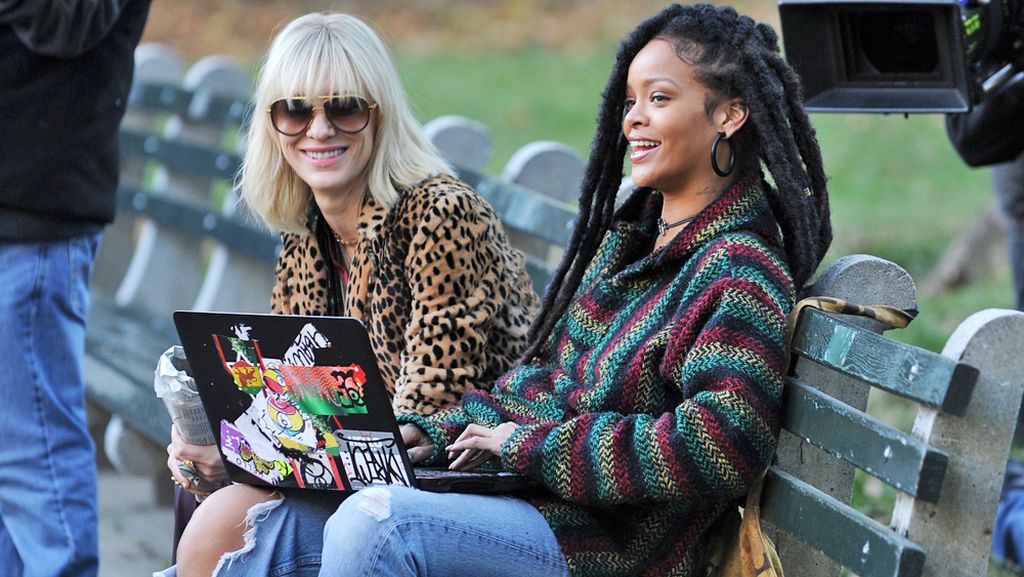 Rihanna and Cate Blachett on set.

Ocean’s 8 will be directed by Gary Ross, who co-wrote the script along with Olivia Milch. In the fashion of the franchise, it will follow in the footsteps of the 1960 original film which starred Frank Sinatra and his Rat Pack comrades–Dean Martin, Sammy Davis Jr. and Peter Lawford.