This year is truly proving to be the year of the Wu. With the success of Showtime’s documentary Of Mics and Men and now Hulu’s original series Wu-Tang: An American Saga, the stories of the Wu-Tang Clan have been laid out for fans and super-fans to sop up. The success of the group of rappers and producers experienced in the early 90’s can’t be disputed. After dropping their first album, “Enter the Wu-Tang (36 Chambers)” back in 1993, the group skyrocketed to fame and changed hip-hop forever. Those are known facts but what about the back story that led to the development of this supergroup? How did a group of kids from Staten Island go from the streets to hip-hop royalty? Those questions of origin and the group’s formation are what fans will discover in this 10-episode series. 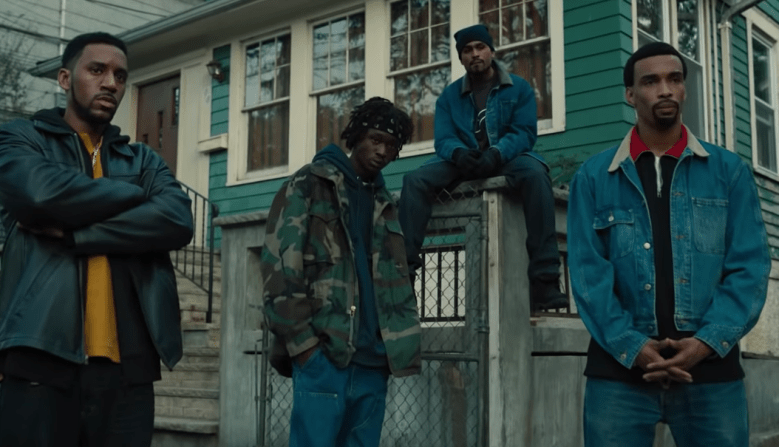 The series is set in Staten Island circa 1992 and as the 1st couple of episodes show the soon to be members of the Wu were involved in an intense and deadly turf war. This is the very beginning and a behind the scenes look at how the members came to know each other and eventually came together to form something special. Wu-Tang: An American Saga was co-created by RZA and based of his autobiography “The Tao of Wu”. The rapper and producer took part in the writing of the show as well as playing the role of executive producer alongside Method Man.

At the heart of the series is RZA’s internal struggle between family and music. Throughout the series viewers watch as he faces the battle straight on, ultimately choosing music and building the Wu-Tang Clan amidst the crack infested neighborhoods of the 90’s. The building blocks and stories that lead to the members coming together are the real reason to check out Wu-Tang: An American Saga. And though the show watches more like a crime drama than music biopic, watching the unveiled tale of their formation is magic.

Most of the cast is comprised of actors except for Joey Bada$$ who plays Inspectah Deck and Dave East who plays Method Man. At the series start fans may be puzzled given that much of the cast do not favor their real-life counterparts, but as the show progresses each actor exudes the presence of their true members adding to the tight-knit relationship of Wu-Tang. This is important given that the success of this show lies in character development. The background of each member is showcased resulting in the coming of age of the young black men set to become a hip-hop dynasty. The show navigates their familial relationships, friendships, and loyalty as they strive to make it out. This added to the explosive music scenes make Wu-Tang: An American Saga a must-watch for any hip-hop fan.