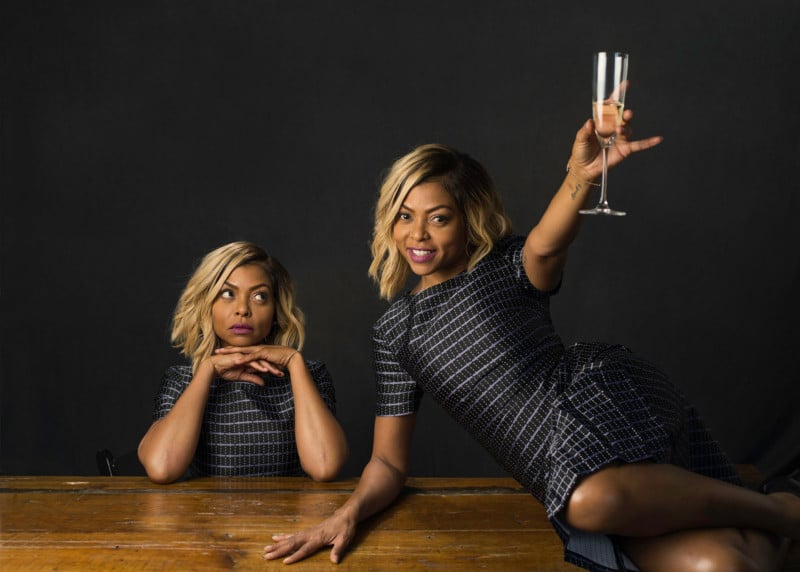 Celebrities are constantly having their photo taken, but they don’t always get a chance to portray their actual selves in them. In a minimal setting, he shot two versions of the same photo. Each celeb posed as they typically would to the public in one photo. In the other, they posed as they would in an intimate setting. The results were epic.

Raised champagne glasses, goofy gestures, and nervous faces broke free as celebrities such as Taraji P. Henson, David Oyelowo, and Lupita Nyong’o stood in front of Walker’s camera and let their alter egos loose. Empire‘s Cookie played by Taraji P. Henson, might have a drink or two, but who knew David Oyelowo was so silly? And the thought of Lupita Nyong’o having nerves is so hard to believe. She performs live on Broadway! These three were just a few of the bunch to participate.

Take a look at the entire photo series here and watch the behind the scene footage below.