#WellnessWednesday: Pros And Cons Of The Top 4 Dairy Milk Alternatives

Now a days there are a lot of selections when it comes to non-dairy milk. You have the originator Soy milk the OG choice of non-dairy milk drinkers. Then there is Almond milk, which has been the go-to since soy was canceled a few years back. Both have been going strong now for quite some time with lots of branded choices. However newer options like Oat milk and Cashew milk have taken over grocery aisles, coffee shops (and the internet) to be the premium choice for coffee drinking, cooking and creamy desserts. With so much variety how can you know which kind is great vs just ok? Lucky for you kids we’ve compiled a list of info on the top 5 non-dairy milks. So, if you’ve been wanting to make the switch from almond to oat but haven’t been able to fade the price jump, you’ll want to see the list below 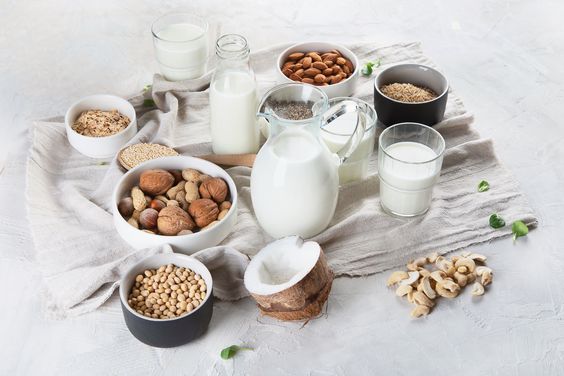 The Good: Almonds are naturally rich in a variety of minerals and vitamins including Vitamin E, which is great for your skin. Some forms can also contain as much Vitamin D as cow milk which is a big plus.

The Bad: The protein content in naturally derived almond milk is lacking, but one of the biggest con’s is the environmental impact of almond agriculture and milk production. Almonds require lots of water to cultivate and with so many droughts it takes a toll on the environment.

The Good: Soy is plant based and unlike many other plant-based options it contains all of the 9 essential amino acids you need. It is also a good source of iron and protein.

The Bad: Soy milk had been linked to several hormonal issues in both men and women. For women it can block the beneficial effects of estrogen and in men it has been known to lower testosterone.

The Good: Oat milk is high in protein and unlike most alternative options it is also high in fiber. It has a thick and creamy consistency which makes it ideal for espresso drinks traditionally made with whole milk.

The Bad: Most brands are not going to be suitable for people who are gluten free and with it’s ever rising popularity the cost of quality oat milk can be high.

The Good: Cashew milk is creamy and low in calories and natural fat. It’s also heart healthy with a good source of potassium and magnesium and antioxidants.

The Bad: The nut-based milk is not going to be suitable for people with nut allergies and it has little to none protein.